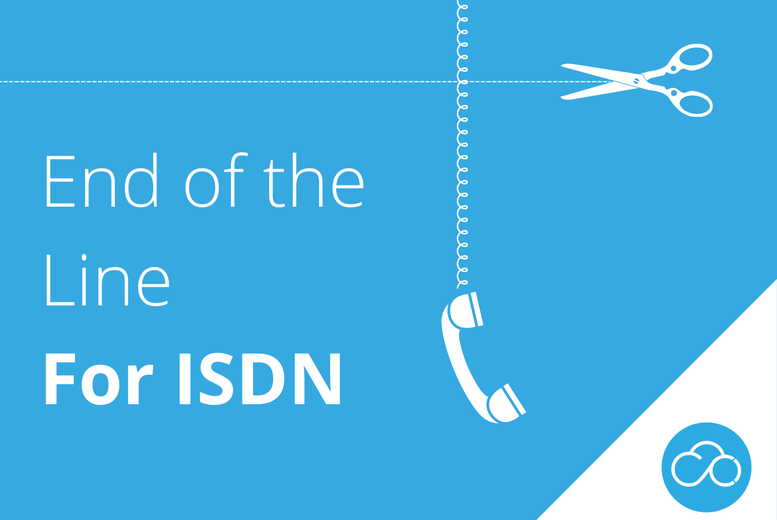 The ISDN Switch off

As a final blog entry to round off our series on Teams Calling and using Teams as replacement phone system, I thought it would be give an update on the current ISDN and PSTN switch off which is taking place across the UK and could be seen as a catalyst to look at Teams as a calling platform sooner rather than later.

As part of a full upgrade of the UK phone infrastructure to IP, Openreach announced back in 2015 that they were planning to switch off both the ISDN network and the outdated public switched telephone network (PSTN) as the final move to an entirely IP-based model of voice communication.

Let’s first differentiate between PSTN and ISDN. The PSTN transmits voice calls using copper cables and the fundamental basics of the system haven’t changed for many years. ISDN however, introduced in the late 1980s, allows both voice and data to be combined on one digital line. Nowadays, the main use for a PSTN line is for carrying a broadband connection (but more on that another day)

ISDN’s primary use is to connect to legacy PABX systems. This is because the line can be subdivided into channels, each one effectively acting as a separate telephone line allowing multiple calls to be made.  As an old and massively outdated technology type (first launched in the UK in 1989) ISDN is not equipped in 2021 to deal with the modern demands of companies’ voice and collaboration requirements.

This is where “IP Voice or VOIP” comes in….

VOIP – Voice services provided over a data connection is certainly not new technology and is now established as a trusted, reliable, resilience and highly flexible way of companies making and receiving calls but also allowing users to work anywhere in the world and still remain connected and contactable (a vital requirement over the past year). It also opens the options of how they want to make and receive calls – whether it be with a mobile application, a PC application or a conventual desktop handset – VOIP gives companies a wholly flexible approach to how they want to build, manage and utilise their voice services across the business.

As we enter 2021 and particular with the current situation or “New Normal” – more and more companies have already made the switch from ISDN and the accompanying in house system to some kind of VOIP solution – normally a hosted service (where the voice platform is located in the Cloud and you simply rent seats and features at a monthly cost).

But most companies will know this already….

The reason for this post is both as a reminder that the ISDN and PSTN switch off is still very much in process and either of these services still form part of your core infrastructure estate, now is the time to look at options for replacement. Its also worth noting that although the switch is due to be complete by 2025, some areas of the UK are already seeing ISDN services being decommissioned now.

Openreach will very soon be ceasing the adding if new channels or moving of ISDN’s as well as a point of reference. In other words, if you haven’t already, now is the time to plan that move away from the “Integrated Services Digital Network” to an IP based solution.

And why not look at Teams Calling?

A highly resilient, robust and flexible platform with all the features of a conventual phone system platform but built directly into your existing Microsoft 365 infrastructure – fully integrated and directly embedded in all the 365 applications.

Microsoft are very much positioning Teams as the central collaboration hub for all its business services going forward, with Teams calling front and centre as one of its main features – with that in mind, there hasn’t been a better time to look at Teams as a replacement for your existing voice services.

Get in touch if you want to find out more.